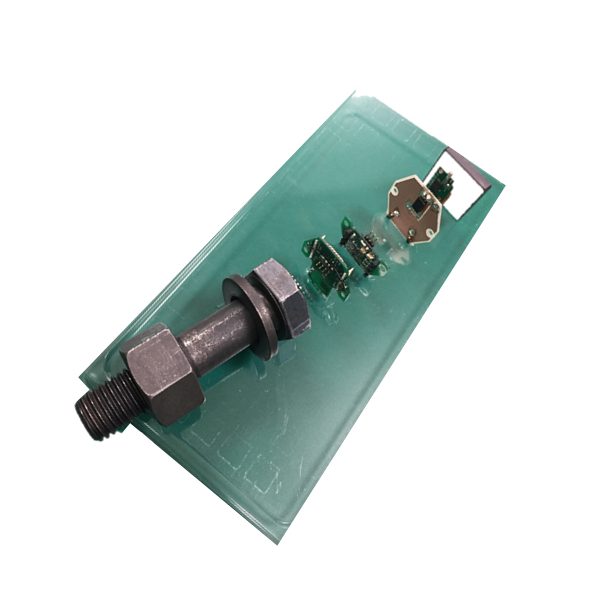 In the maintenance of social infrastructure that is aging and deteriorating, there are various problems in terms of human resource shortages, economics, work efficiency, etc., and technology is under development to perform efficient inspections using AI, IoT, robot technology, and the like, which will replace the conventional inspection methods using manpower.

In particular among inspection methods, as an alternative to the most basic visual inspections, there is increasing demand for inspection services that employ image processing technology, such as cameras and radars.

However, these technologies are limited to inspections by observation of the surface of a structure, and the reality is that it is not yet possible to accurately understand the internal condition of structures.

This time, with the cooperation of Kyoto Prefecture, Kyoto University received a license from the Kinki Bureau of Telecommunications using the National Strategic Special Zone System, and a social demonstration experiment will be conducted at the Jizo Tunnel evacuation tunnel*2 in Miyazu City, Kyoto Prefecture.

In this experiment, to monitor the falling or collapse of heavy ancillary equipment such as jet fans for smoke exhaust that are bolted to tunnel structure frames, we will use a recursive-type infrastructure monitoring system that can collect sensing information in real time while transmitting power from a traveling vehicle to a sensor. This system is used in the Kyoto University COI program, developed mainly by the research and development group of MinebeaMitsumi Inc. and is a combination of the elemental technologies of “microwave wireless power transmission,” “high-speed image signal processing” and “battery-less bolt axial force sensors” that directly detects loose bolts.

In the demonstration experiment, efforts toward social implementation will be accelerated by confirming the usefulness and convenience of drive monitoring using microwave wireless power transmission technology and identifying practical issues.
Background
According to the Ministry of Land, Infrastructure, Transport and Tourism, the percentage of tunnels for which 50 years have passed since construction is expected to reach 34% in 2023 and 50% in 2033, from 20% in 2013, and sensor monitoring is being used in tunnels from the standpoint of economically efficient predictive maintenance. In addition to conventional inspection methods by skilled workers, infrastructure inspection and management companies are expected to further promote the use of labor-saving technology to make up for labor shortages. With the introduction of objective and quantitative inspection methods based on sensor information, it is expected that data-driven, highly reliable and advanced infrastructure maintenance will become commonplace.
Research results
Microwave wireless power transmission technology can transmit power to a power receiving device at a distance, making transmission efficiency important. Therefore, the power transmission antenna section of the development system has a flat antenna consisting of 48 elements arranged in an array, and the phase is controlled so that microwaves are formed into a beam and radiated. Furthermore, by controlling the directivity in 1 ms according to the frame rate (1000 fps) of the vision sensor, we are devising ways to improve the energy transmission efficiency to the power receiving device.

The battery-less bolt axial force sensor on the power receiving side is also a compact, highly sensitive, ultra-low power consumption type strain gauge originally developed by MinebeaMitsumi Inc., the MINEGE™*3, and along with the power transmission antenna has succeeded in optimizing power balance at the system level.

It is expected that this infrastructure monitoring system will make it possible to efficiently and economically inspect the entire area of infrastructure during driving in tunnels, etc., mixed with general traffic and without imposing traffic restrictions.
Outline of social demonstration experiment

Inside the evacuation tunnel of the Takiba Jizo Tunnel, Miyazu City, Kyoto Prefecture

Electromagnetic shields are applied outside the entrance and exit to prevent radio waves from leaking outside the tunnel, and a simulated sensor with a pole that resembles a bolt sensor is installed at the widened location at the base of the passage connecting the Jizo tunnel main tunnel and the evacuation tunnel, to check if the position marker can be captured and tracked by the vision sensor while driving, and to confirm the electric field strength (received power) received by the simulated sensor via 10 W microwave wireless power transmission.
Furthermore, the validity of the data obtained by road-to-vehicle communication (feeding back sensing data to the moving vehicle) is confirmed.
Acquiring and evaluating the experimental data makes it possible to comprehensively verify a series of operations of the infrastructure monitoring system during actual operation.

Even if limited to infrastructure monitoring applications, not only in tunnels but also bridges, paved roads, sewer pipes, slopes, etc., there is a risk that accidents and damage caused by aging could have a major impact on society and the economy. Therefore, toward the realization of sustainable social infrastructure with microwave wireless power transmission as the core technology, in collaboration with the Wireless Power Transfer Consortium for Practical Applications (WiPoT) and the Broadband Wireless Forum (BWF), we will proactively work on legislation for and standardization of microwave power transmission as well as technological development.

About the research project

Some of the results of this research were supported by the COI (Centre of Innovation) program of the Japan Science and Technology Agency (JST) and obtained from the business and research project “The Last 5X Innovation R&D Center for a Smart, Happy, and Resilient Society*4.”

*1: Microwave: A general term for radio waves in the frequency band of 1 to 10 GHz.
*2: Evacuation tunnel: A tunnel created for evacuation separate from the main tunnel
*3: MINEGE: Registered trademark in Japan of MinebeaMitsumi Inc. (registration number 6069512)
Press Release
Successful Development of New Product, High Sensitivity Strain Gauge Film
*4: A development base for industry-academia collaboration in which about 40 companies and institutions participate with Kyoto University as the core institution working “towards a smart, flexible, and accommodating society.”
Contact